The amazing relationships between human and robots 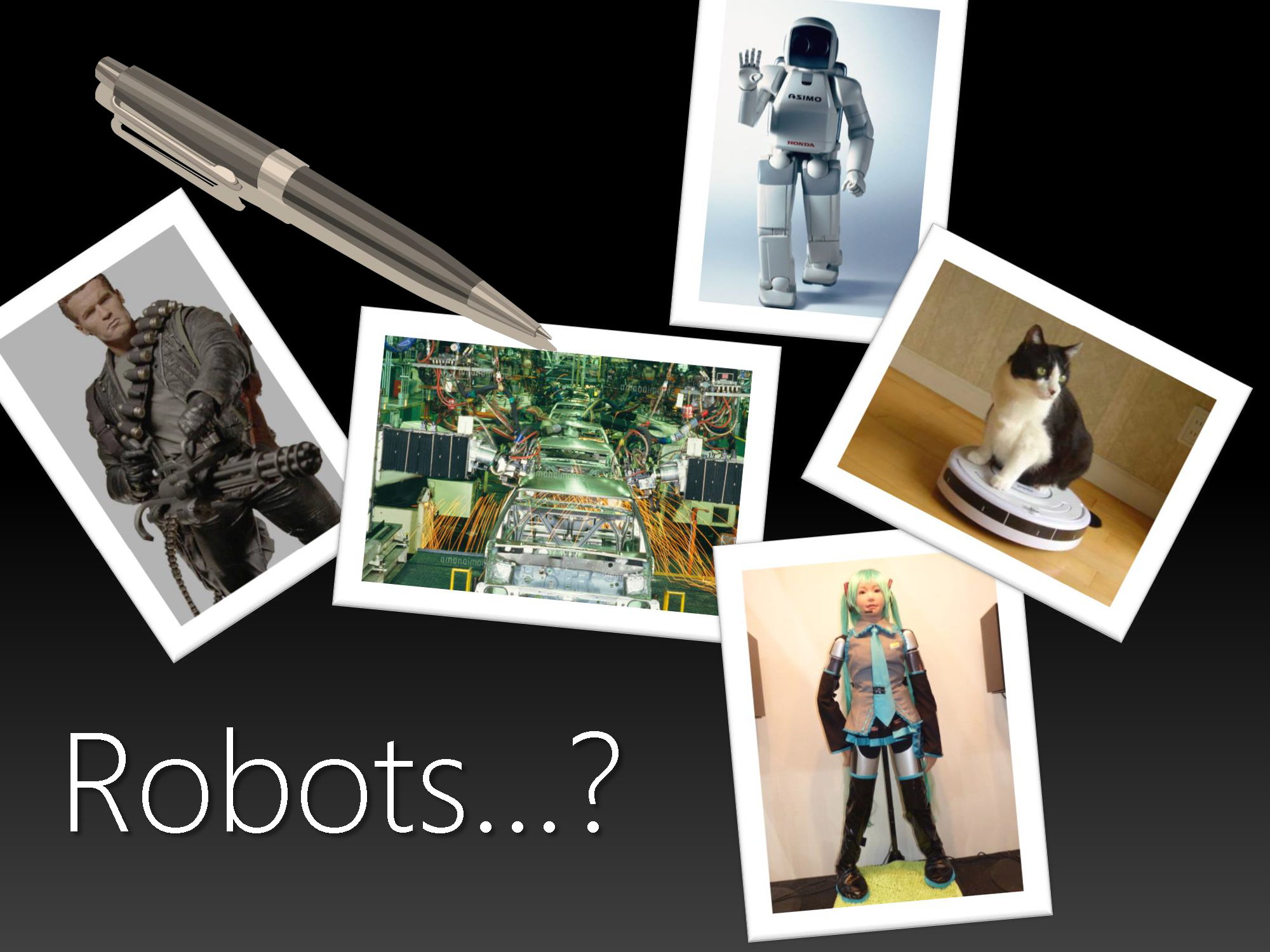 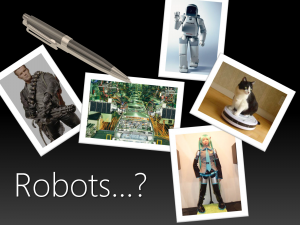 Today, there are so many relationships between human beings and robots. As the technology becomes more advanced, the relationship between humans and robots have become stronger. Just imagine that ― I think you may know some of these robots. For example, “Roomba” developed by iRobot Corporation or “HRC-P4” like Hatsune Miku developed by the National Institute of Advanced Industrial Science and Technology. Even though the robots are equipped with actuators and electronic circuits in the same way, they are designed for the wide variety of purposes.

By the way, did you know that the development of robots which directly supports the human body is actively progressing in recent years? So, I will explain some these wonderful ideas. 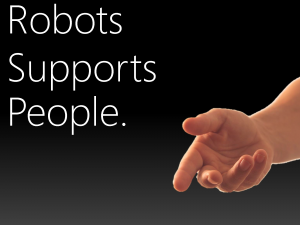 Robot suit “HAL” is a cyborg-type robot that can supplement, expand, or improve physical capability. It is directly attached to the body, and supports the movement of the human body.

Prof. Yoshiyuki Sankai and his laboratory member at University of Tsukuba first develop it in 1998. Now it has grown to the venture company called “CYBERDINE”.
“HAL” means hybrid assistive limb.

To determine the instructions from the brain, it captures a weak current of the electric potential difference flowing to the muscles by attaching the sensor on the muscles. Then its signal is converted to use for bending and stretching, such as legs or arms, so the user feel the movement of the body is support as wearer’s want.

There are five sensors attached to the band. Four of them are used to detect a weak current of electric potential difference in the muscles, and the other one is ground. For sensing simultaneous contraction, it is possible to support the behavior it has focused on the muscle state such as to not bend the arms and legs. 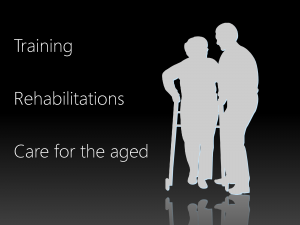 It is used in care for the aged people, rehabilitations, muscle training and so on. In addition, when a healthy people use HAL, it feels like it is obstructing the behavior of muscle at first. But gradually it begins to feel like HAL is supporting your muscle. For example, in case your muscles get tired, HAL has been shown to reduce muscle fatigue by reducing lactate levels. From this result, the development team made a new model of HAL it calls “HAL for climbing.” It was used in climbing Mount Everest by a climber. 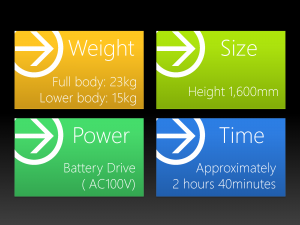 This is the specification of HAL: Full body weight is 23 kilograms and lower body weight is 15 kilograms. Its height is approximately 160 centimeters. It runs on a lithium-ion battery and continuous operation lasts about 2 hours and 40 minutes.

It is not currently for sale, but there are rental models. If you want to borrow it, it costs about 140 thousand yen per month. Do you think now that there is no chance to use easily? No!! You can experience HAL at CYBERDYNE STUDIO in Tsukuba for free. I tried it last year. It’s me. I was attached sensors of “HAL for Lower Body” to my arms. It can simulate the knee when bent. It has remote management console system via the wireless LAN, so therapists can check how the caregiver uses the power of muscle.

This company’s name is similar to company in Terminator! But Prof. Sankai said it nothing to do with SKYNET during working hours.

Theme by Anders Noren — Up ↑